What is the author royalty rate in a literary publishing agreement?

Royalties are probably the biggest part of an author’s publishing agreement. The section can read like a list of jargon-heavy terms that, unless you’ve looked at one of these agreements before, might as well be a foreign language. 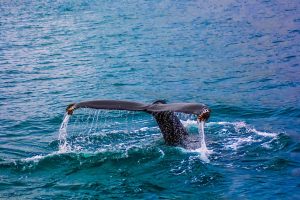 Generally, the royalty rate paid to an author will be based on the list price. The amount of the royalty may depend on the type of publication, quantity sold or territory. Barring the biggest superstar authors, the most an author generally receives is in the realm of 15%. How close to 15% will depend on the author’s market pull.

Generally speaking, something like a 10% royalty on the first 40,000 hardcover copies sold then 12% up to 100,000 copies, then 15% would not be outrageous (of course, this is being written in 2017, and anything can happen in the future). Similar escalation could be included for other versions. In fact, one compromise for an author seeking a higher royalty is to push for a higher number than is being offered if certain sales thresholds are met.

The royalty for foreign translations will be probably be handled as a subsidiary right. These can vary wildly.

Subsidiary rights will have their own royalty rates. I’ll post about those separately.

Authors should pay particular attention to the details here. For example, how are discounted copies handled? Does the author still get a royalty based on list price? What about bundled sales, etc?

A publisher may retain a bit over what their portion of the sales should be for returns, chargebacks, etc. This is common, but the amount should be scrutinized.

Any time there is a royalty obligation, the party receiving the money indirectly (i.e., the author gets paid by the publisher, not the retailer) should insist on an audit ability to ensure the other party is calculating the payout properly.