What is the ESRB? Are ESRB ratings required?

From the horse’s mouth:

The Entertainment Software Rating Board (ESRB) is the non-profit, self-regulatory body that assigns ratings for video games and apps…

The ESRB has been around since 1994, and it is, in short, a self-regulatory body. It works like the MPAA for film or the RIAA for music, assigning ratings to games as a quick reference for suitability for different age groups based on their content.

The benefit of a self-regulatory body is, in theory, that it helps keep the actual government from stepping in and regulating the industry. This is what has lead the film, music and games industries all to embrace similar models. 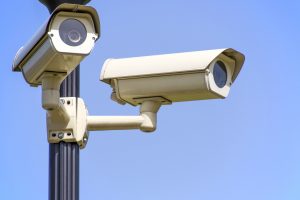 However, the ESRB does come at a cost.

First, ESRB ratings are not provided for free. There is a fee, paid by a developer or publisher, for the ESRB’s review and rating of a game. The process involves an application, a complete disclosure of the potentially offensive or adult material in a game, and the payment of the fee.

How much are the fees? This is variable. Depending on the cost to build the game and whether the release is digital or physical, it could be as low as zero to a few hundred dollars to many thousands of dollars. And, If a developer or publisher fails to disclose everything, messes up its application or otherwise needs to resubmit the application, there are additional fees.

For smaller publishers and developers, the cost can be one of – if not the – largest line item expenses.

Second, perhaps because of the fear, platform operators like Sony often require an ESRB rating. So, even though there is no government or legal requirement that video games get rated by the ESRB or otherwise, there is still a functional requirement. Some digital distribution platforms (like Steam and Humble on PC, for example) do not require ratings.

In an ideal world, the ESRB would find a way to help smaller industry participants stave off government intervention without breaking the bank.