In the free ebook, Key Provisions in Video Game Publishing Agreements, I write about a lot of different rights and responsibilities a publishing agreement might cover. But happens when the relationship between a developer and a publisher really just needs to end? Ideally, the termination provisions of the contract will set out exactly how that works. Here is an excerpt from the ebook on termination provisions: 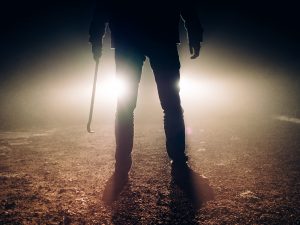 A for cause termination provision would allow either party to terminate on a defined set of conditions that constitute “cause.” This would usually include a material breach of the agreement, fraud, bankruptcy, or other serious issues. It may also include less severe situations. Parties should be careful to review any broad definitions of cause, and ensure that minor issues are either eliminated from the definition or that the party is given an opportunity to cure the deficiency before the termination is effective.

Developers will often want to write into the agreement an exit provision that allows them to pull the plug with the publisher. If a publisher is willing to allow for this, the publisher will probably insist on a few things to protect itself. First, the publisher will ask for repayment of any advanced expenses or, at the very least, a commitment from the developer for that repayment. Second, publishers may insist on a return on their investment even after termination. This could be a continued stake in the back end sales, or it could be a conversion of the advanced costs into an interest bearing loan, for example.

Hand in hand with early termination is a reversionary right. Whether a developer licenses the work to the publisher or hands it over entirely, a developer with enough negotiating power may be able to get a reversion if certain conditions are met. For example, a developer may tie reversion of all rights to conditions like termination of the agreement for cause, failure of the publisher to commercially release the game or continue to keep it commercially available, or failure to achieve certain specific sales figures or complete certain tasks by a specific date. A developer may also want to be able to claw back only certain rights. For example, if a publisher holds the rights to produce a television show, but never acts on them, and the developer desires to do so. Or, more practically, the publisher has a worldwide license but never moves into any market other than the U.S., the developer may want a reversion or license to sell the game abroad.

A termination provision should also specify when the contract expires. An expiration is different than a termination. Some publishing agreements survive in perpetuity – forever. Developers push for a term of years. After the term expires, there could be a license termination or reversion of some or all rights to the IP (as described above), exclusivity could end (meaning both parties would be free to exploit the IP), or there could be some transition period where negotiations essentially begin anew. Really, almost anything can be negotiated.