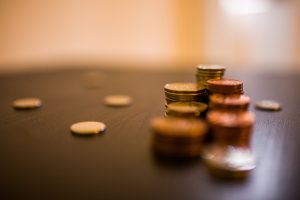 The developer has a title they want to develop. They have invested $250,000 into developing enough assets to show a publisher and now the publisher wants to fund development. The budget for the game is $5 million. The publisher is going to advance the $4.75 remaining cost and commit an additional $250,000 in marketing in exchange for a 1.5x ROI and 30% of adjusted gross on the back end.

There is a lot of information in that paragraph. Let’s break it down:

There are some things this post won’t address. For example, the developer will want to ensure the milestones are compensated in a way that provides adequate cash flow to the studio. The publisher will want to ensure the milestones aren’t too front-loaded. Also, the adjusted gross number could be defined a million ways. Here, I’ve assumed this number accounts for distribution (Steam, e.g.) but not chargebacks, returns, costs of goods sold, expenses and the like.

Let’s say our example game does well. It sells 1 million copies at $20 each. Again, this is extremely simplified for the sake of example. In that case, the math would likely break down about like this:

The $14M adjusted gross amount is what will be split between developer and publisher.

First, the publisher gets its recoup.

Then, the publisher gets its ROI.

Only then does the developer start getting backend.

If the game does not sell as well, though, the math looks bleaker for the developer. Assume the same game sells only 500,000 copies. Let’s run the math again.

The $7M adjusted gross amount is what will be split between developer and publisher.

First, the publisher gets its recoup.

Then, the publisher gets (or at least calculates) its ROI.

Understanding this math is critical to ensuring a fair deal.

For more on fair deals, check out the eBook.