How to add Easter eggs to your game legally

There’s a fine line with copyright infringement and trademarks when it comes to Easter eggs in video games.

What are Easter eggs?

Easter eggs are intentionally placed features within a work that may sometimes reference inspiration from outside of the work. Easter eggs can be found in video games, computer programs, movies, TV shows – several different forms of entertainment. An Easter egg can also refer to an unexpected surprise – an undocumented feature that’s playful in design. Or it can refer to a cameo, primarily in movies.

The concept relates back to traditional Easter egg hunts. It was coined in the late 70’s when a hidden message was encoded into the Atari game Adventure, which led players to seek other hidden messages in the game.

A majority of Easter eggs are intentional but some are created unintentionally. The Konami Code, for example, is a type of cheat code that originated from Konami’s Gradius when the debug code was accidentally shipped with the game. But its popularity spread to other games and now many games provide a feature in reaction to a player inputting the Konami Code.

Referencing other properties with Easter eggs

In order to understand what’s actionable and what’s not, there are three general types of Easter eggs that reference other properties – 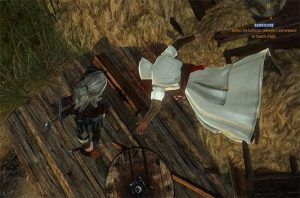 And of course, there are still Easter eggs that have nothing to do with other properties. For instance, there’s an Easter egg in Saints Row 2 in which a gigantic Easter bunny emerges from the ocean. This is still considered an Easter egg as the act of discovering this egg is a relatively obscure, undocumented process within the game.

Overall, the concept of Easter eggs are legal. But it can be easy to infringe on copyright or trademarks depending on how an Easter egg is implemented.

If a developer has its own creation and its own design that mimics an existing mechanic or reference in another game, it’s more likely an acceptable reference. If it references the developer’s own prior works, it’s even more likely acceptable.

If a developer extracts an exact model of an asset in another game or clearly recreates its existing design, the developer may be infringing on copyrights of the original creator. Developers cannot and should not copy and paste another’s work. Period.

On development and publishing agreements

It is also important to weigh contractual risks before inserting any Easter eggs into a game. Developers may have warranted in their agreements with publishers or others that their deliverables would be free of any Easter eggs or that they disclose any Easter eggs to the other party. Running afoul of these requirements can put a developer in breach situation and so should be done carefully.