A recent case in Alabama is asking what happens when someone’s “right of publicity” butts up against another’s freedom of speech. 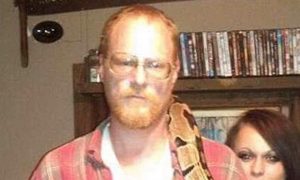 The estate of John B. McLemore brought suit against the “S-Town” podcast, from the makers of “Serial” and “This American Life,” under Alabama’s right to publicity statute. The estate alleges that—spoiler alert— after McLemore committed suicide during production, S-Town exploited private details of McLemore’s life to make money.

Alabama’s statute creates a carve-out for artistic or expressive works, including radio programs and the like, but also contains a caveat, protecting

some expressive works only to the extent they are protected by the Constitution. Essentially, this caveat flips the burden on to the content creator. Instead of relying on the expressive works exception in the statute, creators must prove their work qualifies for First Amendment protection through lengthy and costly litigation, effectively chilling free speech. 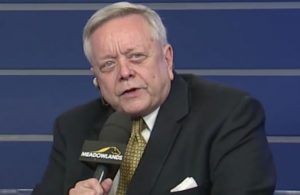 The relatedness test, followed by the Second, Fifth, and Sixth Circuits, protects use of a person’s name or likeness unless the use is essentially a disguised advertisement. This test is more generous, and a sports game using real athletes would likely be protected.

The predominant purpose test, used by the Supreme Court of Missouri, focused on whether a work’s main purpose is expression, or exploitation of the commercial value of another’s identity. This test attempts to look into the creator’s purpose and is thus unpredictable. Finally, the balancing test, followed by the Eighth, Tenth, and Eleventh Circuits, attempts to weigh one’s right of publicity and economic incentives against First Amendment interests case-by-case, and is similarly unpredictable.

For example, consider a mobile horse racing game that bases a character off of the former television announcer, Dave Johnson—down to his characteristic gold tie and open, presenting hand. This is exactly what Tilting Point is accused of doing. Johnson, in turn, brought suit against Tilting Point. Under the transformative use test, Johnson may succeed. Tilting Point did little if anything to “transform” Johnson’s likeness in the game. Under the transformative work test, Tilting Point may win. The game as a whole work adds many creative elements, such that it may be considered more than a mere celebrity likeness. Under the relatedness test too, Tilting Point may prevail. The game likely wouldn’t be considered a disguised advertisement. Under the predominant purpose test or the balancing test, courts could go either way.

This inconsistency and unpredictability can make it difficult for game developers operating in the legal gray, and so far, the Supreme Court has declined to resolve the lower courts’ dispute. In the meantime, for game developers considering borrowing in any way from a real-life person, it is likely better to ask permission than beg forgiveness.

Kat Riley is an avid gamer and aspiring video game attorney. Kat earned her J.D. at the UNC School of Law where she focused on the intersection of video games and the law and will sit for the bar exam in July. Kat was invited to speak at the 2018 East Coast Game Conference on her work on loot boxes and gambling, was named a finalist in the international Games Law Summit’s 2017 Legal Writing Challenge and served as a Women in Games Ambassador with the International Game Developers Association.