In the free eBook I released on game publishing, I wrote at some length about these rights. Today, I want to break down future options. 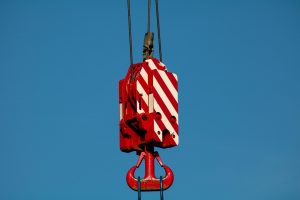 If the publisher does not get all of the rights to future related works through assignment or license, they may insist on a right of first look, first negotiation or first refusal. They may also insist on some creative control regardless of whether they are otherwise involved. They may also insist on first look, negotiation or refusal for future unrelated works (just for the chance to work with the developer again).

So, what are those different options, and how do they work?

What is a right of first look in a video game publishing agreement?

A publisher should be careful to ensure that a developer cannot avoid the first look obligation by providing a first look to a garbage project, satisfying the obligation, then moving on to another publisher with a different, better project they had in the hopper all along. The developer should have a bona fide intent to move forward with the project presented.

For a publisher, a first look right does not provide much value because the developer can reject any offer.

What is a right of first negotiation in a video game publishing agreement?

A right of first negotiation differs from a right of first look in one, very important way: the parties are obligated to actually work toward a deal. The right prevents the developer from negotiating with any other potential publisher or releasing the title without a publisher until they have at least tried to reach a deal with the publisher.

Both parties should be mindful of including appropriate standards of good faith negotiation, as well as a mechanism for ending negotiations if they prove not to be fruitful. For example, a deadline for a finalization of deal terms can force issues to come to a head rather than lingering putting a project in limbo. If the deadline isn’t met, the parties can keep negotiating, but the developer could also move on and work with another publisher.

Publishers can include a no-shop provision so that the offer they make cannot be used to get a slightly better offer from their competitor after the expiration of an exclusivity negotiation period.

What is a right of refusal in a video game publishing agreement?

A right of refusal means that even after a developer has reached a deal with another publisher, the developer is required to go back to the original publisher with the same terms and allow the original publisher the opportunity to take the deal. As an example, a developer publishes a deal with a publisher, call them SuperDuperPub. Then, they are ready to release the sequel or another game subject to a right of last refusal. They get SuperDuperPub’s biggest competitor, LessGreat Inc., to offer them a great publishing deal. Before they can sign with LessGreat, they have to take the deal to SuperDuper. Then, SuperDuper can, essentially, just sign the deal as though they were LessGreat.

For developers, this is bad business. It means burning a bridge with a prospective new publisher. But, some publishers insist on this to ensure they have the last bite at the apple.

Generally, my thought is to avoid these kinds of options. In the eBook, I explain why. The short version: they should ideally want to work together on the next project if things are going well between them and it is a good fit. If things go sour, or one party shifts its business or artistic direction on the next title, perhaps they should not work with one another in the future, but these provisions can require it if a party insists.