As a law firm with several video game attorneys on staff, everyone is a gamer in their own right. Here’s what we’ve been playing this fall: 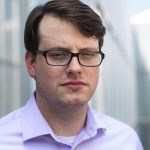 As we get closer to Halloween, my son and I are getting closer to finishing the tower in Luigi’s Mansion 3. He really gets a kick out of thrashing ghosts and making Gooigi do dumb stuff. To keep things spooky, some friends and I have been playing a remote tabletop campaign in Call of Cthulhu. Mostly, I’m keeping busy with work and trying to get ahead before nextgen consoles hit my living room! 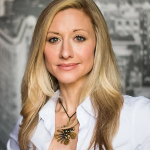 Where Cards Fall by Snowman (iOS)

I loved the game’s mix of interesting, challenging puzzles and beautiful visuals and sounds. They make for a meditative, almost dreamlike, play experience. The developers have somehow managed to make revisiting adolescent themes and landscapes a pleasant experience. 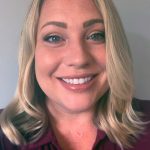 The Outer Worlds by Obsidian Entertainment (Xbox One)

I’ve held off on playing this game because I haven’t had the time to devote to it; I have to work through every mission and find every location before finishing up the main storyline in this type of game. Now that I’ve been confined to my house for the past few months, it has been the perfect time to pick it back up. I’m a big RPG person and this game is incredibly overwhelming, in the best possible way. As a die-hard Fallout fan, I had high expectations for this game which has been described as “Fallout in space.” It did not disappoint and I’ve really enjoyed the immersive world, dialogue options, character development and all of the small details the developers added to the game. This game offers some much-needed escapism and is a fun way to pass the pandemic hours. 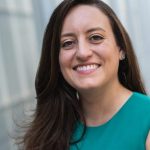 I recently played both Pokémon: Let’s Go, Eevee! and  Pokémon Shield. Let’s Go, Eevee! was very fun for me because it felt like a throwback to playing on my Game Boy Color. The pacing felt a little slow at points, but that might have been influenced by my terrible need to stop and catch ’em all and to get more coins than I ever knew what to do with. Pokemon Shield was all-around amazing! I would highly recommend it. It is pretty and scenic and fun and I will definitely re-play it! I really loved the detail where, if you played one of the Let’s Go, Eevee! or Let’s Go, Pikachu! games, they give you the corresponding Pokémon in Shield. Close to the beginning of Shield I was given an Eevee which was one of my favorite Pokémon back when I was collecting cards. Did I date myself? I’ll worry about that later – for now, I’ll be in my happy place re-living parts of my childhood. BYE! 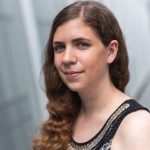 A friend of mine who is coordinating the Climate SIG (special interest group) for the IGDA recently recommended this game to me and it is pretty fantastic. Raft forces you to survive on the ocean with just your raft and your ability to pull in ocean debris, then make something helpful out of the resources you find. I’m a fan of survival games, like Don’t Starve Together, and I like crafting within games – although I need structure. Minecraft and Terraria aren’t my jam, but crafting components within other games like World of Warcraft make sense to me. Regardless, this is a really awesome co-op game with a massive new update that just launched this month. You might just get hooked on it.

Dig This! by Raketspel AB (iOS)

Being in law school with two kids, I don’t have the kind of time to play games like I used to. So, I like simple puzzles I can play on my phone when I’m waiting on a kid to fall asleep. After being lured in by a Facebook ad, I got hooked on “Dig This!” It’s a straight-forward game that forces you to plan your path using basic institution of physics – and sometimes you get to blow stuff up, which is always cool.