Can I sell film rights to my game?

Some game-to-movie adaptations are good, some are terrible. What do they all have in common? They all give developers grand ideas about how great a movie their game will make.

Most games will never be movies. But they could. There are two main considerations here: (1) is the developer permitted to sell the movie rights and (2) can they get it done. 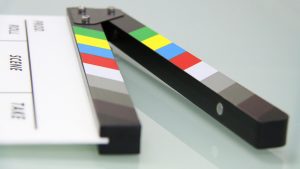 If a game developer works with a publisher, odds are strong that the question of movie rights will be dealt with in the publishing agreement. There are many ways it might be addressed.

Ownership. If the publisher takes ownership of all intellectual property in the game and its derivatives, the developer probably has no film rights to sell (unless they’ve been licensed back to the developer).

Options / Rights of Refusal. Some publishers may want the first stab at selling film rights, or they may want to be able to match any outside offer that comes in.

Royalty-only. It’s possible a publisher will have claws in the film rights, without any actual control. This could be done by including revenue generated by ancillaries and derivatives in a definition of revenue to be shared between the publisher and developer.

Reserved Rights. A savvy developer might reserve all film, television, theatrical (or linear entertainment) rights to themselves. This means the publisher would get no cut of revenues from the sale or option of those rights.

What counts toward the split with the publisher will vary from deal to deal. But, both parties should be careful to understand this provision.

Consider, for example, the price a movie studio might pay for an exclusive option right. This would literally be a deal to make a deal. It is the studio saying “here is $xxx,xxx, in exchange, you agree not to sell movie rights to anyone else.” (This is grossly simplified). If the agreement with the publisher has a 70/30 split on sales revenue, the option amount might not count toward “sales” revenue. (Again, just a simplified example). This is the kind of term both parties should watch out for.

Can the developer get it done?

This is a totally different question. Is the game wildly successful on its own? Is the developer particularly well connected in Hollywood or the movie business at large? If the answer to both questions is “no,” the odds of the developer successfully selling the film rights go down drastically. Some publishers will have connections to facilitate this kind of deal, but they will often want a cut if they do. The same is true for agents and other connectors.

Want to read more about ancillary rights? Check out the eBook.